We launched Athens Bicycle in 1998 with the goals of fostering a cycling community in our hometown. We believe that bicycling and community go hand in hand, and that a great bike shop is an important part of a great community. Here are some of the ways we support the Athens community. 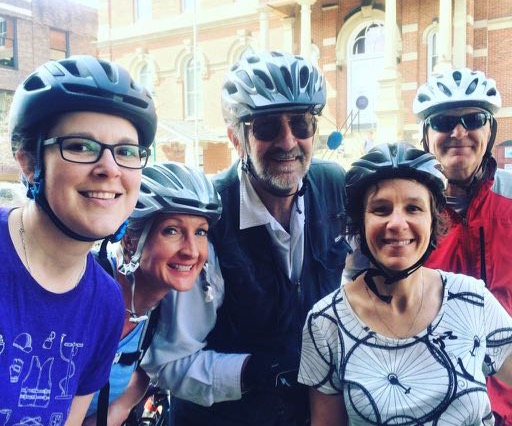 Peter serves on Athens City Council as an at-large member, where he is a vocal advocate of complete streets and active transportation.

As a volunteer with the Athens City-County Health Department, Meredith was selected to receive extensive training through the Ohio Department of Health and Yay Bikes! to help others learn to ride confidently on city streets. Through the health department, she provides training in safe cycling and using bicycles as transportation.

As a volunteer ride leader with Athens Bicycle Club, Meredith helps host a series of Kids & Family Bike Rides, offering young children and their parents an opportunity to enjoy cycling together and to learn about bikes and bicycling.

Peter was instrumental in developing the city’s application to be designated a Bicycle Friendly Community by the League of American Bicyclists. Athens received bronze-level designation in 2015, based on an extensive application process that effectively demonstrated the city’s investments in bicycling infrastructure as well as the bicycling culture in the community; the fact that the city has a Bike and Pedestrian Master Plan; and the presence of various bike advocacy groups. Athens is one of only 17 Bicycle Friendly Communities in Ohio. 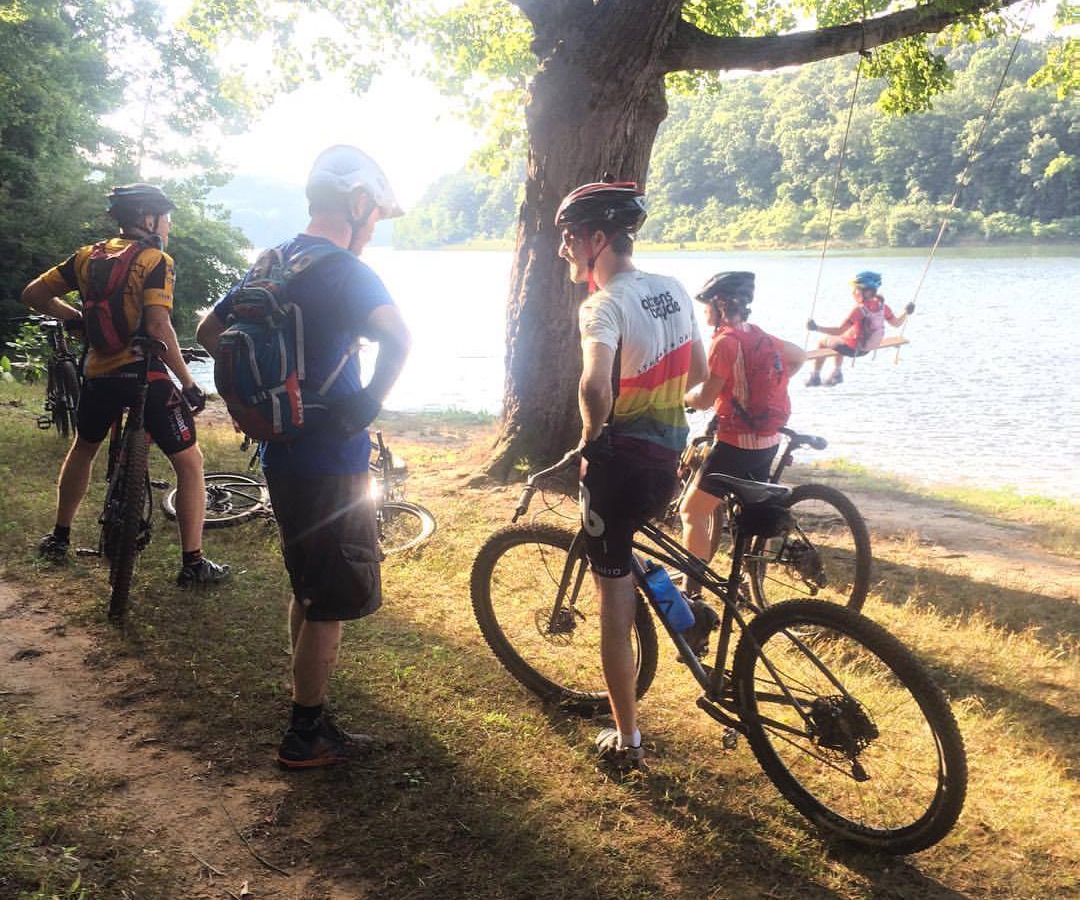 In 2016 Peter took the lead on putting together a team of community members who are developing a new recreation area on 6,000 acres of Wayne National Forest property, in collaboration with Athens Bicycle Club and WNF officials. The master plan for this project includes 100 miles of potential trail optimized for mountain biking. The goal is for the Athens area (including 45 miles of existing trail at Strouds Run and Lake Hope state parks) to be recognized as a mountain biking destination.

Meredith is president of the Friends of Strouds Run State Park, where she advocates for and supports the park.

Pete and Meredith are long-time members and past officers of the Athens Bicycle Club. In the late 1990s, Pete played an instrumental role in gaining approval from land managers at Lake Hope State Park for ABC to build trails at the park; since then ABC has built more than 20 miles of singletrack trail there. Pete also participated in meetings that resulted in the club gaining access to build trails at Strouds Run State Park, where there are now 24 miles of trails open to mountain bikers. 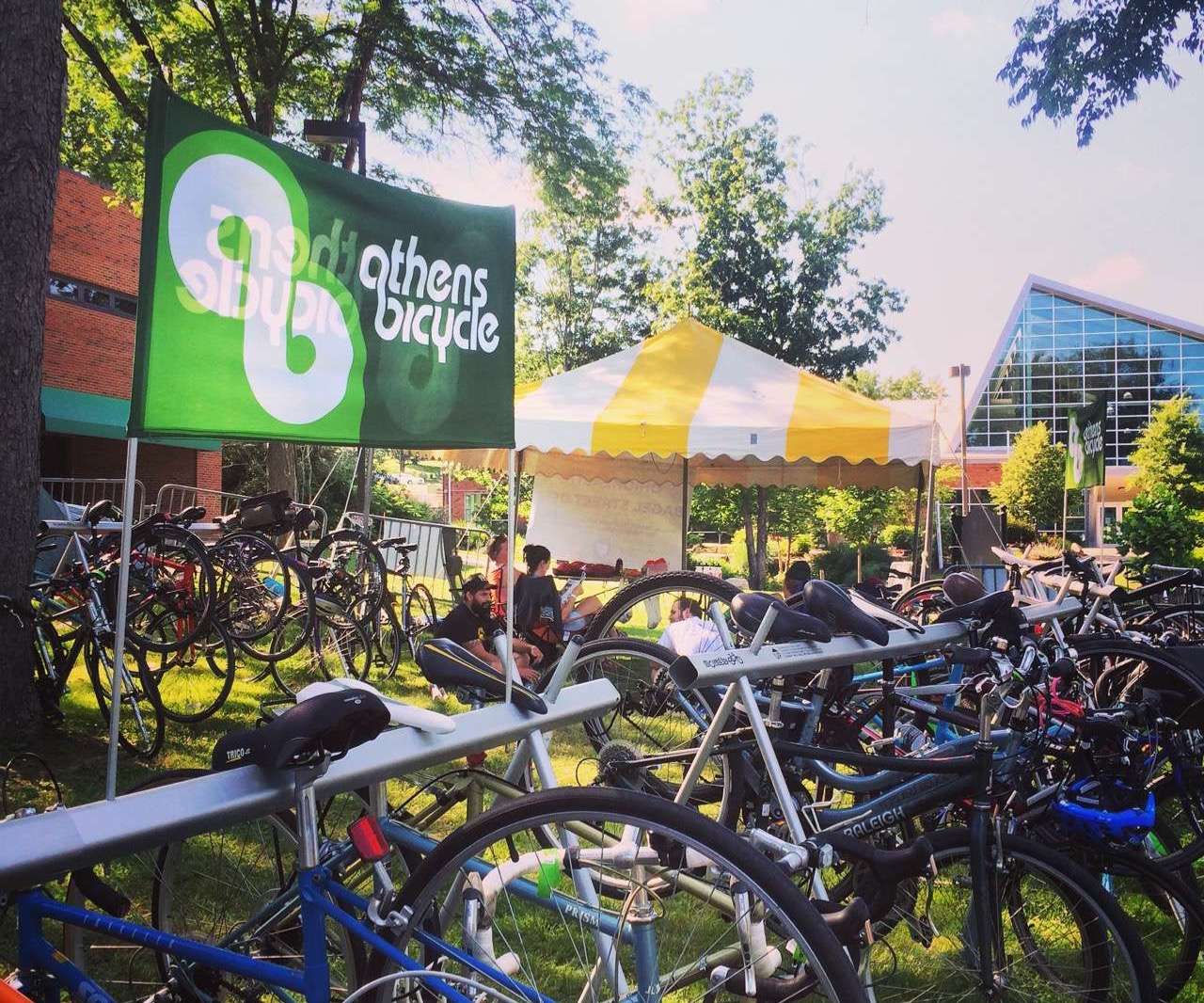 Annually at the Nelsonville Music Festival, Athens Bicycle sponsors bike parking for all festival participants. At the bike corral, festival-goers can park their bike securely and for free. Hundreds of attendees use this service.

Throughout the year we offer repair workshops, cycling clinics, group rides and special events. These activities offer opportunities for cyclists to meet and network with other individuals who share their interests.